ByDina ElBoghdady, Published: Washington Post May 26, 2014
According to a recent article in the Washington Post, a growing number of home buyers are bringing an unusual tactic to the negotiating table: an all-cash offer.
Cash purchases traditionally make up about a quarter of home sales, but they’ve soared to about 40 percent nationwide, according to the research firm CoreLogic.
And more of these buyers are individuals, not the institutional investors who plunged into the housing market when it collapsed then pulled back when home prices rose. 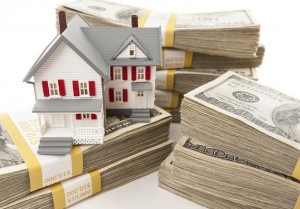 Wealthy people, foreigners and retirees are transforming markets across the United States with these all-cash deals, helping make up for an alarming shortage of first-time buyers who are struggling to save for a down payment or qualify for a loan, a cause of grave concern about the long-term health of the market and its prospects for a true recovery.
“It’s the investor and the wealthy individual that’s keeping the market alive,” said Mark Zandi, chief economist at Moody’s Analytics. “The wealthy buyers in particular are fully engaged now. The stock market is up and times are good for them.”
The potential yield from rents is what attracted investors to the housing sector once the market hit bottom in late 2011. In areas where home prices plunged, investors began snapping up foreclosures and other deeply discounted properties, betting they could rent them for a tidy profit. The buying frenzy helped clear the excess supply of homes on the market and boost prices. It also frustrated first-time buyers who could not compete because their offers included financing contingencies, appraisals and inspections.
“Since the supply of distressed properties has thinned out, we expected the all-cash sales would be falling but that’s not the case,” said Lawrence Yun, chief economist of the National Association of Realtors, which recently released a survey showing the share of investors has dropped from 24 percent in 2012 to 19 percent last year and the first quarter of this year. “It implies that there’s plenty of cash sloshing around.”
Yun says seniors who have a lot of equity in their homes are probably helping sustain the all-cash market. CoreLogic data show that the share of cash sales remains high among non-distressed properties, which are not popular among investors.
“It’s truly a national phenomenon,” said Sam Khater, CoreLogic’s deputy chief economist. “The share of cash sales is higher than normal in many parts of the country that never had a housing bust, like the rural heartland states of Oklahoma or Missouri.”