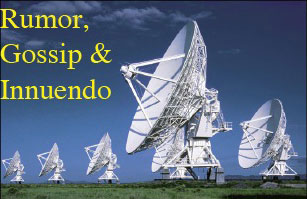 Can you hear me now?… In Summit County the answer is often NO!!!  Service is generally bad. But when it gets really busy, the cell towers (both of them) are overloaded by visitors sending selfies (Hey y’all! Here’s us with the bear!) back to Texas.  So since free enterprise has failed us, it looks like the towns are going to have to build their own if a ballot measure allowing them to do that passes.  Remember when phones were a public utility?  Hell, remember operators and directory assistance?

And the reason phones don’t work… is because I-70 traffic set new records this year.   1.3 million visitors came through here in June alone and the average is about a million per month.  No wonder you can’t get into a restaurant or find a room.  Shoulder season used to be when locals went out to eat (at the 3 restaurants still open).  Now there is no shoulder season and we all go to Denver to dine out.

Wait… something’s missing… Oh, it’s a big chunk of The Thorne aka. Mt. Silverthorne.  Looked like a forest fire one Saturday morning with a big white plume rising above the Gore Range.  Later there was a new white rock face and a giant debris pile at the base of the peak. You can see it from downtown Silverthorne.  Always an adventure in Colorado.

Experts agree: It will either dump snow in epic amounts this winter… or it won’t.  The usual El Niño/La Niña debate is in full swing with many prognosticators warning us to lay in supplies for a long deep winter.  Looking back, La Niña has brought just as many huge winters as it did dust on crust winters, so flip a coin.  Your chances are just as good as the forecasters.

You can always tell it’s an election year… highway maintenance needs ignored for years all become a priority and the roads are ripped up at exactly the same time cutting Summit County off from the civilized world.  And yet the traffic count still made a new record… go figure.