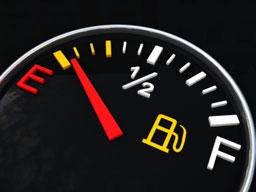 Summit Inventory
is Running on Empty

The low inventory is spooky…

So now that we have buyers returning to the Summit County market, where are the sellers?

It took until the end of March for the number of listings to climb above 1300. In March 2013 there were well over 1500 properties for sale. And the peak number of 1885 was reached in the first week of August.

At that rate, this year will peak at just over 1600 properties for sale, 6% fewer than all of the sales in 2013. And a conservative estimate for this year will be about 1800 sales. So there will be about a 10 month supply at best. Every time we have had less than 12 month’s supply for sale in Summit County, prices have risen and multiple offers increased.

Well, when prices declined every year from 2008 to 2011, many owners ran for the exits before they lost more value. When prices stopped dropping in 2011 after losing a total of 17%, a lot of owners calmed down and sat tight. And they’ve been doing that ever since.

In addition, many owners were able to refinance at rates around three percent. They are reluctant to give that up now that mortgage rates are increasing.

Others are waiting until prices increase enough to justify selling. That’s beginning so they are holding out a little longer.
The motivation to sell is back to the normal life events like aging, kids in college, and moving up to a better property. There is even less distress now than the little there was at the peak of the Great Depression v.2.0 in 2009.

This is all bad news for buyers.

Prices are strong, inventory is weak. It’s not a buyer’s market (in fact sellers couldn’t care less), and interest rates will be 5% by the end of the year.

Buyers need to feel confident in their own financial future before they spend money on a luxury like a second home. Now that they are feeling that way, there’s less to buy and it will cost more. It’s all so unfair. And it will take about a year for buyers to really believe this, so many will be disappointed when they finally try to buy, go low and get shot down.

Just like in previous recoveries, a certain number will decide to wait for the next “crash”.

The first time I heard that it took another 15 years for prices to decline at all. That came after prices were four times higher. The second time it took 7 years and prices had doubled.